Hello, friends. We’re going to cover the Backdoor Roth IRA and why you should consider it.

I recently went through the process of doing a Backdoor Roth IRA using Fidelity. There are plenty of useful guides on the web already — many of which I’ll link to — but I didn’t find a guide for the layman.

I intend this to be that guide. I’ll walk you through what a Roth IRA is, what the Backdoor method is, how it’s done using Fidelity as a platform, and some tax considerations to look out for.

This guide is likely useful for the novice or intermediate investor. For folks looking for more detailed guidance, check out others on the web. Let me also state this guide is merely a suggestion. Make sure to consult your tax advisor or lawyer if you are unsure of your financial situation.

With that said, let’s dive in.

What is a Roth IRA?

First, let’s cover what a Roth IRA is so we have our bases covered.

A Roth IRA is a retirement account which takes in money already taxed (like your paycheck from work) and allows you to invest this to grow tax free. When you withdraw the money at an older age, it is also tax free.

This is a highly attractive account for those investing in their retirement, but there are some notable catches:

It has a limit on your income: $133,000 for individuals and $196,000 for couples. This rules out high-earning folks. It also includes a large majority of people living in high-cost (and high salaried) cities like San Francisco and New York. As wages continue to increase, the Backdoor Roth IRA will become an increasingly attractive way to save for retirement.

How Does it Differ from a Traditional IRA?

Similar to the Roth, there are limitations:

The difference between the Roth IRA and Traditional IRA is simple: it boils down to whether you want to be taxed now or later. Translated another way: do you expect to make more money when you’re older? Most situations will be the latter — your earning potential goes up with age (higher salary, more income streams like rental properties, interest on investment accounts). If you think this is likely, the Roth IRA is probably the better bet. If you are taxed to hell now, and expect to earn less (or have your taxable income less in the future), the Traditional IRA may be the better choice. This is highly summarized however. We encourage you to research your ideal option.

This brings us back to the Backdoor Roth IRA. What is it?

So we’ll do the following process:

Since we’re taking taxed money and having it end up in a Roth IRA, allowing it to grow tax free, we’ve effectively opened the Roth IRA despite the income limit.

Although there are no income limits to opening a Backdoor Roth IRA, you cannot already have tax-deferred money in an IRA (including Traditional IRA, SEP IRA, or SIMPLE IRA). This does not include 401(k), 403(b), or similar accounts.

If you do already have tax-deferred contributions in an IRA, you aren’t out of luck. There are two options:

An example from Boggle Heads:

For example, suppose you have just created a new traditional IRA, and you add $5,000 of non-deductible contributions to it. You'd like to convert this IRA to a Roth IRA via the backdoor.

Step by Step Guide for Fidelity 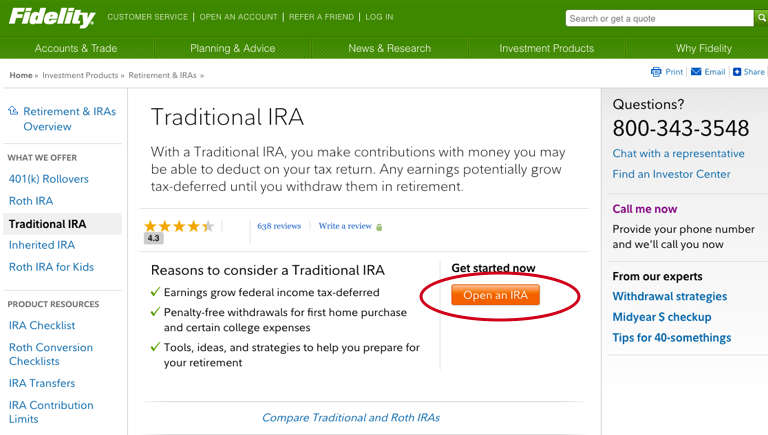 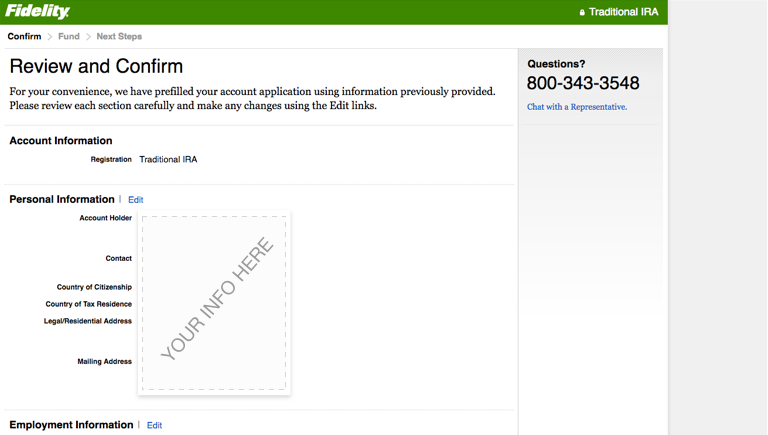 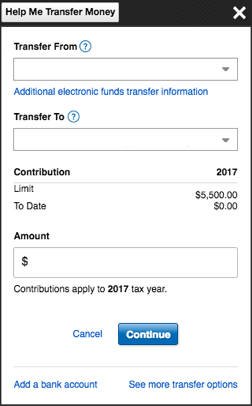 Similar to opening a Traditional IRA, follow the steps to open a Roth IRA: 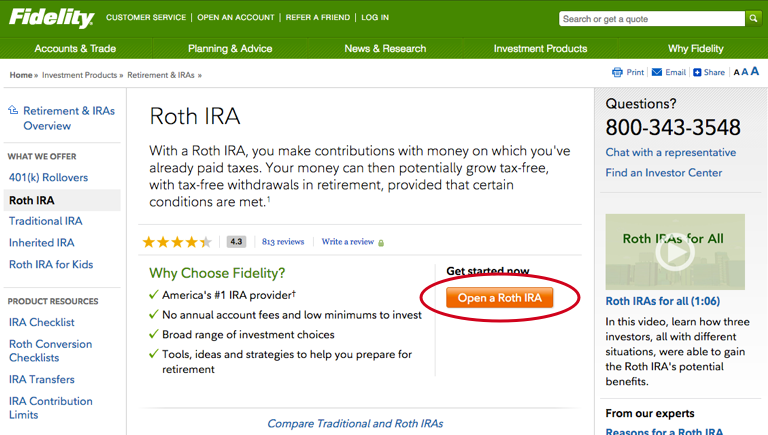 This step is up to you. Some people think it's best to wait, say a month, before making the transfer. Others do it immediately. Either way is fine, although keep in mind: if you decide to wait and your Traditional IRA is invested in the market, it may increase in value, requiring you to pay a small tax on the growth. Look under the Taxes section for an example.

Convert your Traditional IRA to a Roth IRA

Fidelity and some other providers like Vanguard allow you to do this online. Other may require you to call to convert the account. (If there is enough interest, I’ll likely post guides to other platforms for how to do this.) 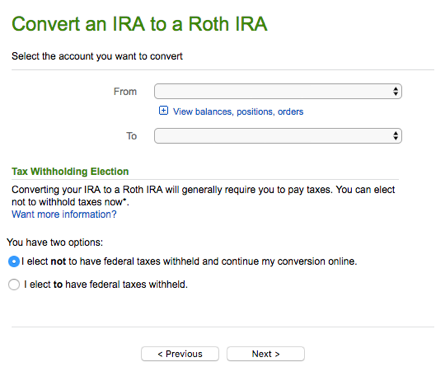 Of course, you’ll need to pay taxes come April 15th. If you have followed the guide, it shouldn't be too complicated.

There are better guides for taxes than what I can put here. The Finance Buff has great instructions for filing taxes for your Backdoor Roth on TurboTax, H&R Block, and Taxact.

In many cases, at the end of this, you’ll have a Traditional IRA with an account balance of zero, and your Roth IRA account. Fidelity and many brokers will leave this Traditional IRA account. Each year now, you can make your $5,500 contribution and roll it over the existing Roth IRA. Easy peazy.